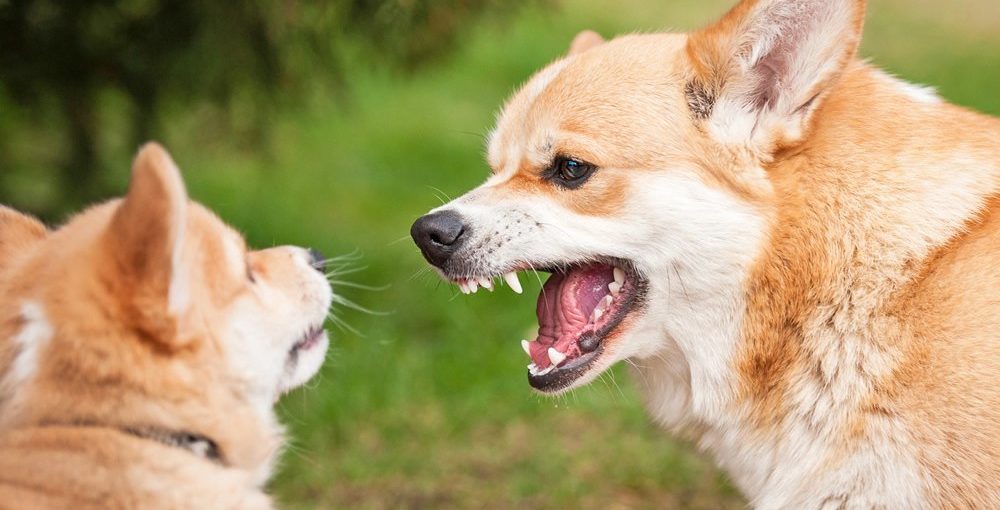 An aggressive dog breed exhibits behavior such as biting, growling, snarling, showing teeth, and charging at a person. There are many reasons why a dog would exhibit such behavior, such as when protecting a family member, when it sees an intruder, is fearful, in pain, or when protecting its possessions. Some dogs are more aggressive than others.

Types of Aggressive Breeds and Their Behavior

In some cases, dogs’ aggressiveness has been associated with the dog’s size, with large ones such as Pit-bull, Terriers, and Dobermans being considered aggressive. Due to their size, their aggressiveness is more portrayed than that of smaller dogs.

However, scientific research has been refuted with smaller dogs displaying more signs of aggressiveness than the bigger ones.

Some of the Aggressive Dog Breeds Include:

The aggressive nature of these dog breeds can be used to an advantage. Breeds such as Chow Chow, Chihuahua, and Dachshund make good guard dogs and watchdogs if properly trained and socialized well from when they are puppies.

They possess the characteristics required for warding off intruders while at the same time, they can be great at home pets. However, other than the socialization and training, these canines need to view their owner as of the pack leader.

To learn how to be a pack leader, you can use the information provided by Doggy Dan on his website, where he explains that the best way to gain the confidence and trust of a dog and train it is to take the pack’s position leader.

The Importance of Early, Consistent Training

Therefore, it’s crucial to ensure that a dog with aggressive tendencies is given consistent training and socialized from puppy-hood. As the master, you should take the pack leader’s position, and your pup should NOT be allowed to have a dominant status over any family member.

A dog that knows its social ranking can be good to family members, including children.

You can prevent aggressive behavior by socializing your puppy early. Some of the activities include hand feeding your puppy, both by children and adults.

Your new puppy should be trained not to lunge or grab food. It should also not be allowed to jump on people, mount legs, chase children, or growl. It should not be part of aggressive play such as wrestling and hand fighting.

You should never physically punish your puppy for being aggressive, as this punishment will reinforce aggressive behavior. Still, the vice should be discouraged by being trained in alternative behavior or be restrained from repeating the act.

Your puppy should be discouraged from jumping on children or nipping them. If it happens, then the children should refuse to play with it and tell the puppy to get off.

Moreover, your puppy SHOULD be allowed to interact and play gentle games with children. Furthermore, your pup should be taught to feel that it’s part of the family pack.

As the owner, you should always train your dog to obey you. If any confrontations arise between you (the owner) and your dog, make sure you are the winner. Allowing your dog to win can make it feel superior and increase its aggressiveness.

We can’t stress enough that it’s NEVER a good idea to leave your dog and children unsupervised.

Particular breeds of dogs tend to be more aggressive, a situation that makes them a danger to the family, especially if the aggression is directed toward family members to whom it is supposed to protect.

However, the aggression of these breeds can be used constructively, and the dog can become watch or guard dogs. This is possible if you start training and socializing your puppy early, so your pup doesn’t exhibit its oppressive abilities.