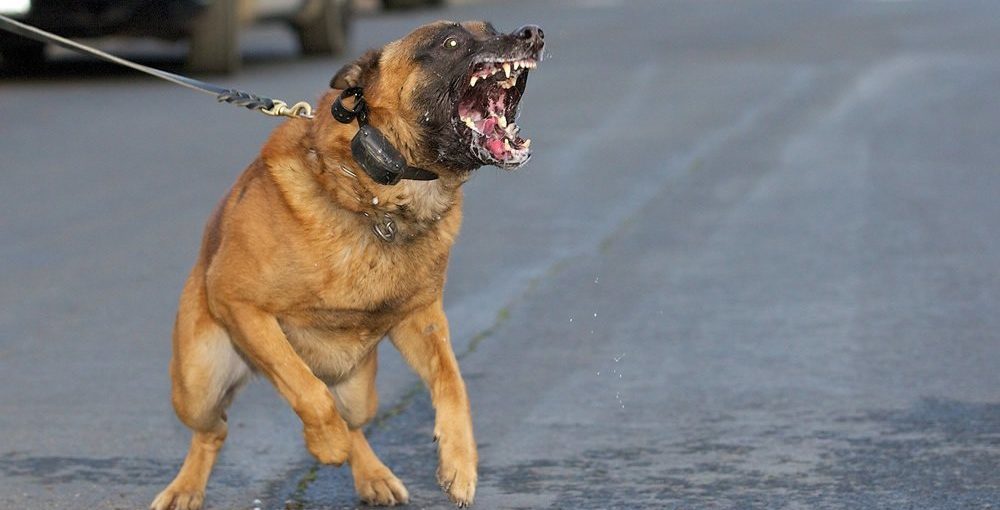 Aggressive Dog Training: How to Stop Different Forms of Aggression

Aggression is a common behavior in most animals. They become aggressive when protecting their territories, themselves or their offspring. Usually, the behavioral condition affects those animals that are social including dogs. When dogs are aggressive, they can show a wide range of behaviors. The aggression starts mildly but after sometime it can become an attack. Dog owners have all the reasons to be concerned if they are living with an aggressive animal. It can injure members of the household and others, too. In order to train your dog from aggression, you need to understand the problem. Aggression can come in many forms including:

Dominant aggression is one of the common ways dogs manifest this condition. You might have a friend who has praised their puppy who guards their food bowl jealously and growls anytime people go near them. What your friend does not know is that the dog is showing the first signs of aggression. The dog may grow to be aggressive not only to strangers but also to family members.

This early sense of dominance may make the puppy to grow into a dog that takes control of the house. Depending on the breed of the dog, it can be dangerous. For instance, if your puppy is a Rottweiler, you just may have a monster in the house once it hits 120 pounds. Dominant aggression should be managed right from the time you identify it. It does not matter how small your dog is. Research has it that small dogs tend to be more aggressive. However, owners of such dogs do not make an effort to give aggressive dog training to their pets.

It is important that owners understand that dogs are primarily pack animals. Amid all other behaviors they have inherited, their pack behaviors are integrated within themselves. Hence, dogs need to have an established pack behavior and if they are not guided, they end up creating their own behaviors. Therefore, instead of considering the owner as the leader of the pack, they will appoint themselves as the leader. That is why a dog will obligingly take orders from the man of the house and it will be a bit reluctant to take the same from the wife. Interestingly, dogs understand the hierarchy of a home.

To control a dominant dog, you will need to change its pack order. You need to take the dog to the lowest level of the pack order. To this effect, you will have to manage every element of its life. Hence, it should not be allowed in the bedroom. It should also be fed after other pack members have eaten. The dog must be trained to be obedient and the way to care for others. Correct the dog each time it deviates but if it acts aggressively toward you, seek professional assistance.

As the trainer, you should only allow the dog to play with the toys you provide. Remember to take the toys with you after playing. This will make the dog obey the pack leader. It will also reduce its level of possessiveness toward its toys and food containers. Territorial aggression is another way a dog expresses its dominance. A dog with this kind of aggression will view the car, yard and the house as its properties. Some dogs even make a statement that they own the assets. But most guard the property against strangers. If you have a dog, you might have observed the manner in which they respond to the meter reader or the mail carrier. Have you ever asked yourself why the dog gets like that when they see strangers?

The dog is territorial. That is why it barks at the meter reader until he leaves. When they do, the dog thinks that the barking has sent the meter reader away. After sometime, the dog learns that by barking at strangers, they eventually leave. Amazingly, the dogs even think that when they bark more, the strangers will move out of the property faster.

Territorial aggression is an element that property owners who are looking for guard dogs want to find in a dog. However, they also do not want their dog to attack everyone who steps onto their property. Again, nobody wants to have to hustle a dog inside a basement anytime there is a visitor. This type of aggression can be controlled. The owner needs to make the dog know the owner is the pack leader.

First, do not leave it in the backyard since it will view it as its territory. Get it to stay in a kennel, crate or any other convenient place. It will therefore wait for you to come home in the evening. For more tips on how to control the territorial behavior of your dog, check out his article on dog training. Find effective ways of making your dog more approachable without instilling fear.

Some dogs are aggressive due to fear. They will attack any strange person or thing. These aggressors only bite people from the back. Their condition does not stem from abuse but they are born shy. How do you reverse fear aggression? You need to train your dog to be confident and secure. In addition, you can socialize the dog. While doing this, ensure that the environment in which you place it does not scare it. You should train it to be obedient.

Aggressive Dog Training: How to stop Aggression In a few easy steps

If your dog has a habit of chasing everything that moves, it can be a sign that your dog is suffering from predatorial aggression. Where the dog lacks training of any form, it can be dangerous if it perceives your running toddler as a prey. This kind of aggression can be managed with obedience training. Use “down” and “recall” commands for the training. Besides, you also need to establish yourself as the pack leader.

With that, you know the many forms of aggression. If your dog is exhibiting any of these behaviors, seek help from experts in aggressive dog training, including www.onlinedogtrainer.com to prevent your dog from becoming dangerous, even to your family members. The online dog trainer can help you with all the information you need to tame an aggressive dog.

If you have further questions, please don’t hesitate to contact us today.

How to Train Your Dog to Sit

5 Fun Agility Activities For Your Dog

Are Doodles Hard to Train? (Here’s What You Need to Know)

Your Dog Started Peeing In The House Again (Here’s Why)