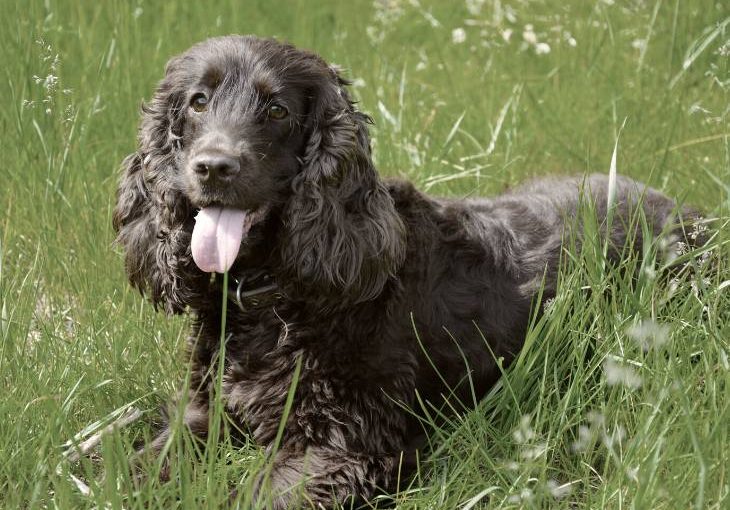 The American Water Spaniel: An Inside Look

The American Water Spaniel is one of the few dog breeds that were developed and bred in the United States. Their original use was to walk alongside hunters to sniff and find prey. However, as society changed, there was little need for their hunting skills to be used.

From there, they've become an exotic pet breed that has a unique look with dormant hunter instincts. First prized for their natural hunting abilities, they are now one of the rarer breeds that don't get much attention. 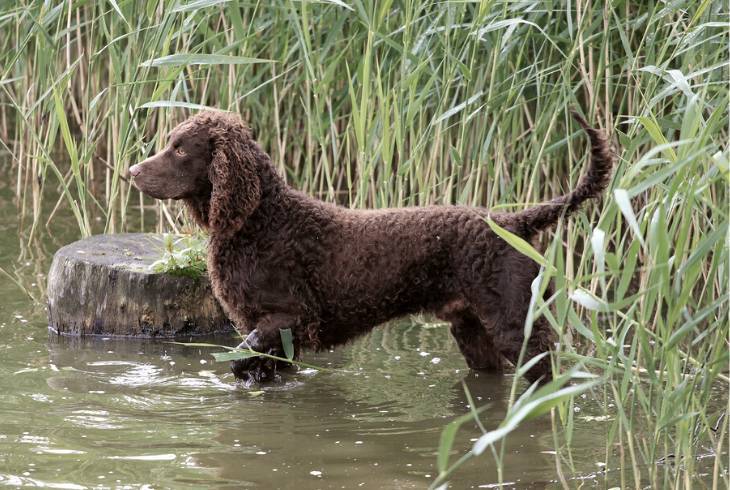 The American Water Spaniel is part of the Spaniel family, which did not originate in the United States. Instead, the breed origins are from multiple countries and ancestors found in Ireland and other European countries.

In the United States, some of the other breeds that have found their way into the American Water Spaniel's DNA are the curly-coated retriever and poodle. It is what gives them their unique curly hair and medium size. Other dog breeds that have also been found close in genetic pools are the Chesapeake Bay retriever and the Sussex and Field Spaniel.

The American Water Spaniel is one of the few indigenous breeds in the United States. Their popularity was a significant factor in their decline. They have exceptional hunting skills and were developed to hunt around the Great lake areas nearly a century ago.

Their warm curly fur, swimming abilities, and intelligence are all qualities hunters found to be useful. Besides this, their loyalty, intelligence, and enthusiasm for a hunt made them ideal for hunting around the lake areas.

The only issue with their breed is that there were more reliable dog breeds out there, which lead to fewer people purchasing them. To this day, there are only an estimated 3,000 American Water Spaniels worldwide. It makes them one of the rarest breeds which may not have a future if pet owners don't cherish them.

As we've already listed, the American water spaniel is an active dog breed that enjoys the thrill of hunts. Due to this high energy, they require enough exercise and stimulation to keep them from acting up. Similarly to other big dog breeds, they need to have access to the outdoors and plenty of time in the sun.

The American Water Spaniel also loves being in the water. One of their notable abilities is swimming. Being able to swim will quickly calm them down and also prevent them from feeling bored. So, families who own one should be near a lake, ocean, or at least have access to pools.

Besides their talents, they are very lovable creatures and develop a secure attachment to other dogs and their owners. They tend to be very affectionate with their immediate family, although not so much with strangers. They are by no means an aggressive dog breed, but they may take time to warm up to people they don't know.

Due to their high energy, if they don't get enough exercise or attention, they tend to become very destructive of objects around the home. They will also become loud and begin to bark to get their owner's attention. It is why it's ideal to have more than one dog or at least have activities for them to do while you're away.

So, how to train this dog? Luckily, their temperament is very positive, and they respond well to training. Although, owners may run into a bit of trouble if their dog is becoming stubborn. However, the American Water Spaniel is highly motivated by rewards, so positive reinforcement using treats, attention, or toys is recommended.

Their coat doesn't require much attention, as they don't shed often. However, brushing is usually recommended every once in a while because their thick fur can quickly become tangled.

To help keep their hair manageable, some owners prefer to get them groomed and trimmed. However, their topcoat is a protective layer that can help prevent skin damage. By removing too much of it, they may suffer from sunburn or dry skin.

Other forms of dog grooming are suggested to clean their ears out. By cleaning the inner ear canal, you can prevent ear infections, which is common with the breed. Shedding only happens two types at most per year, which means less upkeep and brushing. Although, it's still recommended to brush at least once a week to help remove dead hair and reduce shedding around the house.

The fur of the American Water Spaniel doesn't require much cleaning. The natural thickness of the outer coat is dirt and water-resistant, which keeps your pup clean. Bathing is only needed if there is excess mud, dirt, or debris on their outer coat. Washing them frequently can lead to a reduction in natural oils which keep the fur healthy. It can cause a whole host of problems, including dry skin and itchiness.

Due to their genetic makeup and being a selective breed, they are prone to some health issues. One of the biggest ones is hip dysplasia which is known to cause the hip joints to develop abnormally. There's no cure, but other forms of treatment such as medications or physical therapy can help.

Eye problems are also common, as they age, their retinas tend to become weaker. Another issue is degenerative myelopathy. This condition is where the spinal cord deteriorates over time. It usually happens at eight years or older. Eventually, they could lose all control of their hind legs if not treated. The last health issue is patterned baldness which is random, and vets don't know the cause.

When it comes to any dog's diet, they should be given a nutrient-dense portion-controlled diet that can help prevent weight gain. The American water spaniel is a very active dog, so weight gain issues usually aren't a problem. However, they can become overweight if not given the proper opportunities to exercise.

Dog food brands that support the proper nutrition of medium to big breeds of dogs is highly recommended. One specific one that we've found to have a good balance is the natural balance dog food. Other than that, you can find various brands of dog food for each specific breed or learn how to make dog food. 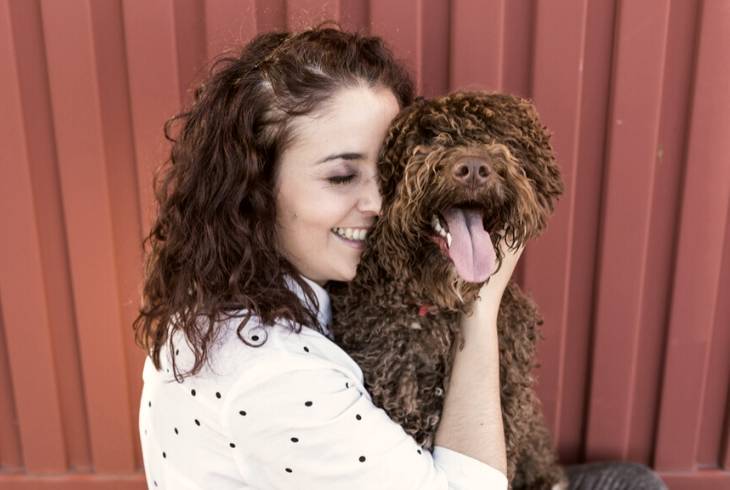 The price of an American water spaniel changes depending upon where you go. If you're looking at purchasing one from a dog breeder, then you're looking at an average cost of 1,200 - 1,500 USD. Purebreds or pure certified dogs can run a bit higher, while mixed breeds or store-bought will be a bit cheaper. Although, we never recommend purchasing puppies from a pet shop as they are poorly treated and often weaned from their mothers too early.

The American Water Spaniel Dog is a unique breed with many fantastic qualities. They're unique, rare, and have a lot to provide their owner and family. Additionally, they make great companions for active pet owners or those who enjoy hunting.

What are your thoughts of this wonderful breed? Let us know in the comments below!

About the Author: Half American and half Mexican, Rae studied to become a journalist and is currently mixing her two main passions: pets and writing on this website. She volunteers for animal welfare organizations and runs marathons in her free time.