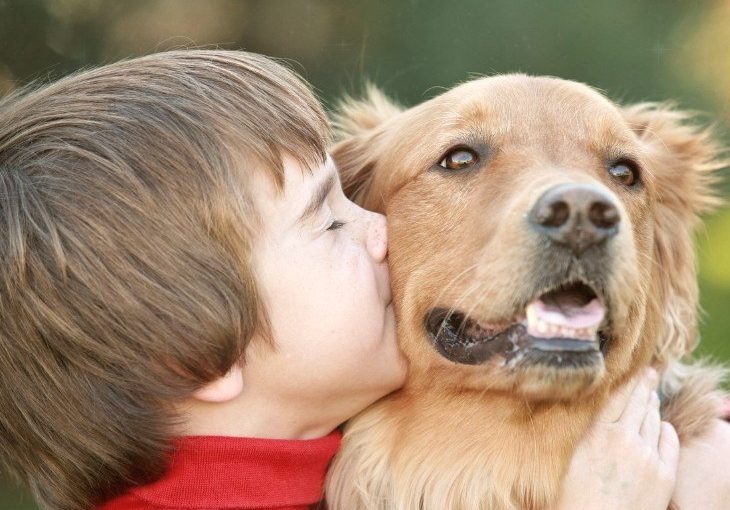 Why Dogs Greatly Benefit Those With Autism

It’s no secret that dogs can improve the lives of people living with a variety of conditions, from PTSD to physical health problems. Since WWII, animal-assisted therapy has proven effective in helping those with disabilities to have a better quality of life.

And as healthcare professionals learn more about autism spectrum disorder (ASD), we gain a greater understanding of how dogs can help those with autism gain valuable social and communication skills.

No matter the age of an autistic individual, having an emotional support or therapy dog has numerous benefits. Here's some of the benefits of dogs for autism:

Autism By the Numbers 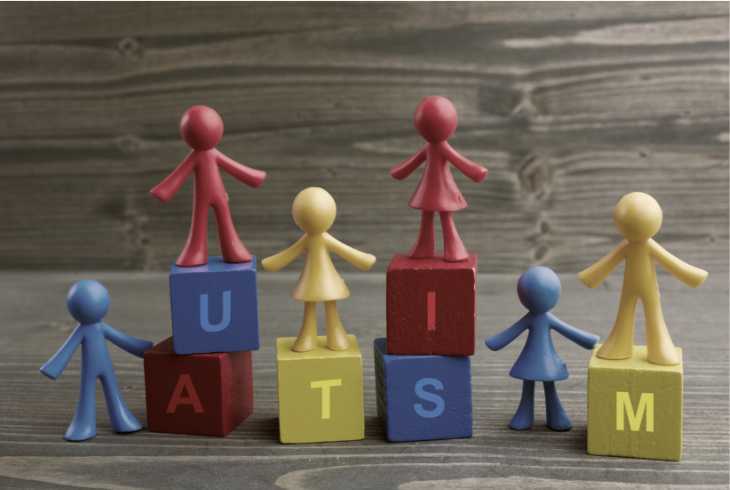 Globally, approximately 1% of the population has Autism Spectrum Disorder (ASD), and its prevalence has increased in recent years. On an annual basis, the condition costs U.S. citizens between $236 and $262 billion. That's a staunch indication that alternative treatment methods, such as animal-assisted therapy, are needed to help reduce that cost.

In many cases, healthcare costs are prohibitive, especially among children. Data from 2016 indicates that about 28% of children in the U.S. lack access to essential health services. Among those under-served children are those with autism, which number about 1.5 million children nationwide.

By utilizing companion and therapy dogs as part of an autistic individual’s treatment plan, more children and adults with autism can live productive lives with reduced healthcare bills.

Understanding the Causes of Autism 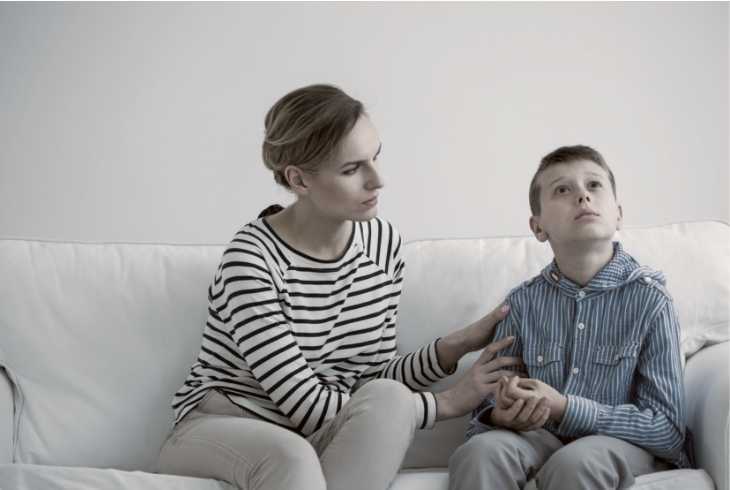 We understand that dogs can help adults and children with special needs by providing companionship and emotional support, but our understanding of autism is less clear.

There are many misconceptions that accompany the condition, such as the misguided idea that vaccines can cause autism. According to Autism Speaks, that notion is completely false.

The causes of autism are complex and vary among individuals. There are both genetic and environmental risk factors that have been linked to autism. However, research indicates that pregnancy and birth complications are among the most significant factors.

Therefore, pregnant women may be able to reduce the risk of autism in utero simply by making the right health choices. Alcohol consumption, for example, can have adverse developmental effects on an unborn baby and should be avoided. 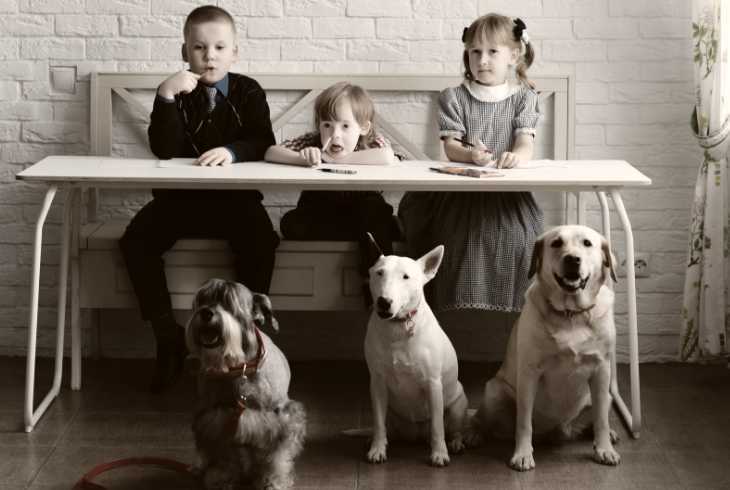 Training is an important aspect to consider when utilizing dogs for therapy or emotional support. Some breeds are much more trainable than others, making them ideal support animals for those with autism.

Labradors are among the most trainable and intelligent breeds within the dog kingdom; thus, they stand out as one of the best breeds for service of all kinds.

Along with their intelligence, Labs also tend to display a fierce loyalty, as they are pack-oriented. They quickly form bonds, which is another benefit for those with autism.

Autistic individuals often have difficulty forming bonds with people but find it much easier to connect with animals. In fact, a 2014 study showed that 94% of families with a dog and a child on the autism spectrum reported that their child had a strong bond with the family dog.

The majority of dog breeds that do well with those on the autism spectrum are:

The above are among the best dogs for children with autism. When selecting the right companion dog, however, even among these breeds, a dog’s individual demeanor and personality should be taken into account to ensure that he or she is a good match for an autistic child (or adult). 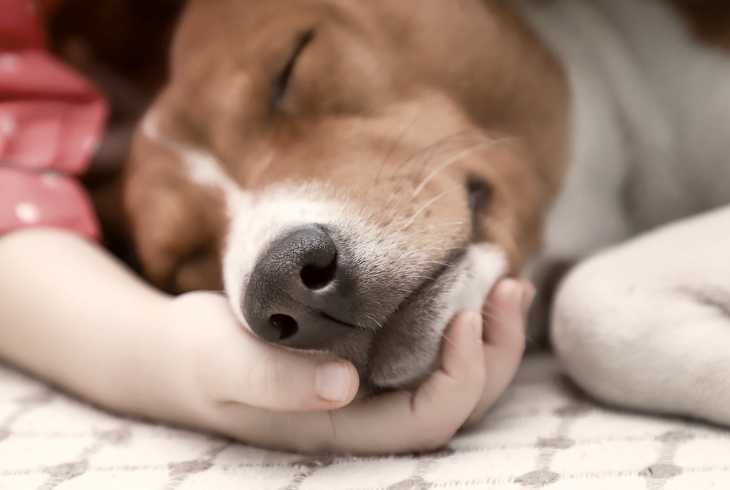 Researchers have found that having a dog positively impacts brain health. Specifically, spending time with the family dog increases the production of dopamine and oxytocin, neurotransmitters that are responsible for feelings of pleasure and reward.

That effect alone makes dogs ideal companions for those with autism, who may have difficulty expressing emotions, especially happiness, and pleasure.

Further, oxytocin and dopamine can produce a calming effect, reducing stress and anxiety. Petting a dog stimulates these neurotransmitters, but animal-assisted therapy is only one of the various treatment options that produce similar effects.

While animal therapy is being increasingly used to treat children with autism, music can also be effective in helping autistic children cope with stress and other difficulties.

Music therapy is a powerful emotional tool that encourages the brain to release dopamine. Music can also help improve social, emotional, and character development among children. In more serious cases on the autism spectrum, a combination of animal-assisted and music therapies may serve as the cornerstone of an effective treatment plan.

The Implications of Animal-Assisted Therapy

Dogs aren’t the only animals that are used within the realm of animal-assisted therapy. In recent years, equine therapy has become more popular, especially in autism treatment settings.

Experts claim that horses can calm riders with autism, allowing them to think, focus, and accept training commands. Autistic individuals have been shown to form strong bonds with horses as well as dogs.

According to numerous studies, the social behaviors and characteristics of animals engage children with autism in ways that humans can’t, which is why animal-assisted therapy is so effective in autism treatment.

Communicating with animals doesn’t necessarily require verbal language or the understanding of social cues, both of which can be problematic areas for those with autism.

As dogs connect with an individual, they develop a sense of when that person is fearful, angry, or otherwise upset. In those moments, therapy and emotional support dogs will do whatever it takes to calm an individual down and make them feel safe, even laying across an autistic child who is having a breakdown or fit until their heart rate and breathing has slowed down to normal levels.

Along with providing companionship and helping us to stay more active, dogs are a useful therapeutic tool, and these remarkable creatures have shown to be especially beneficial for those on the autism spectrum.

Dogs help those with autism to develop stronger personal connections, decrease the frequency of manic episodes and fits, and have more enriching lives despite their condition. Is there anything dogs can’t do?

How to Successfully Greet a Dog at First Meet

How Dogs Help Us Live a Longer Life

Why Is My Dog Barking So Much?

10 Quick Tips – Wins to Boost Your Dog’s Training
10 Things About Dogs and COVID-19
Can Your Dog Be Vegan and Still Be Happy & Healthy?
How to Teach Your Puppy to Play Fetch
A New Challenge, A New Beginning: 5 Tips to Deal With Your Puppy Teething
The Best Pet-Friendly Flooring Options Available
Dogs That Shed the Most: Top 10 Shedding Breeds
How to Successfully Greet a Dog at First Meet
Do You Really Need to Buy a Dog Life Jacket for Your Pup?
The Dangers and Risks of Mold Exposure for Dogs