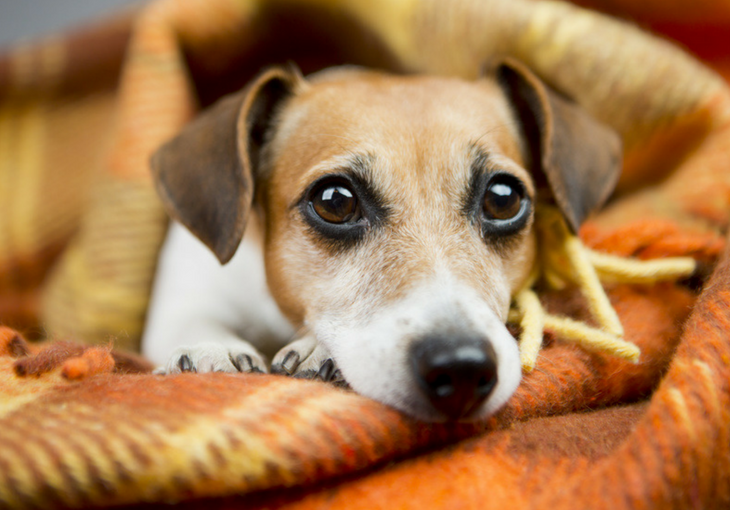 There is growing interest in using CBD oil for dogs as a natural home remedy for various canine ailments. In this post, we offer an introduction to this popular topic.

What Is CBD Oil?

Dogs can benefit from the same CBD oil as humans use, so you do not need to get a select type of CBD oil if you are already using it yourself.

However, if you have a tiny dog, you may want to get a CBD oil formulated for pets specifically. It will contain the same oil as you take, but it will be more diluted in the carrier oil to make it easier to give smaller doses.

If you intend to use CBD oil as a home remedy, you should be sure to get full-spectrum CBD oil that is 100 percent natural. This is CBD oil, where all the active therapeutic ingredients available in cannabis oil have been left in the oil.

There are “CBD oils” on the market where only one particular cannabinoid has been isolated from natural oil. There are also “CBD oils” that contain a synthetic cannabinoid produced in the lab.

You want to avoid the latter two options and find full-spectrum CBD oil. Be sure that the CBD oil you buy is from medicinal plants, not from industrial hemp plants. The latter may be grown in soil that contains many toxins, and the quality will be MUCH lower.

The most abundant cannabinoid in full-spectrum CBD oil is CBD (cannabidiol), hence the name. However, many other cannabinoids work synergistically with CBD.

...plus dozens of others that have not been fully studied yet.

Will Your Dog Get High? 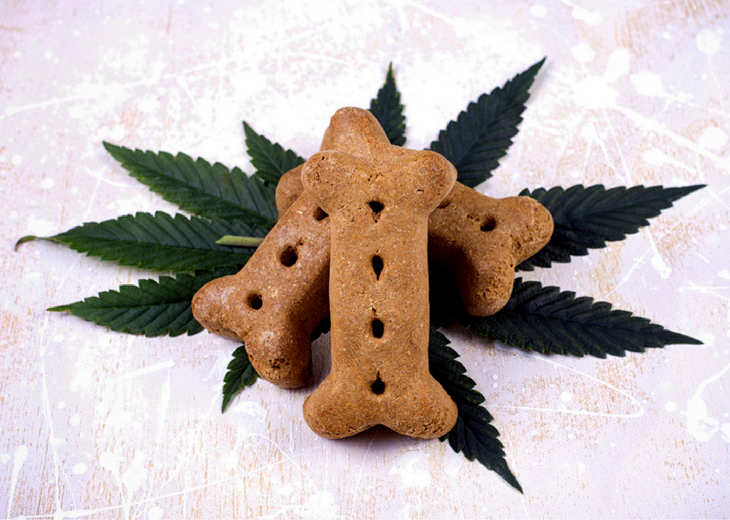 Most high-quality full-spectrum CBD oils intended for therapeutic uses contain only trace amounts of THC (tetrahydrocannabinol), the cannabinoid so abundant in recreational cannabis, i.e., marijuana or “weed,” that gets you “high.”

However, you should know that cannabinoids other than THC are not psychoactive like THC. Moreover, if you give your dog non-psychoactive low-THC full-spectrum CBD oil intended for therapeutic purposes, your dog will not get high. However, she may feel much better and get “high on life!”

Full-spectrum CBD oil also contains a variety of other classes of therapeutic chemicals called terpenes. Terpenes work both independently and in conjunction with cannabinoids. In many cases, terpenes amplify the positive benefits of the cannabinoids.

This is sometimes called the entourage effect and is another good reason you should look for full-spectrum CBD oil.

What Is the Endocannabinoid System? This is a very complicated topic, and we will only brush on it here. The endocannabinoid system has a network of cell membrane receptors throughout the body, mainly concentrated in the brain’s cells, nerve tissue, immune system, and lymph nodes. However, there are endocannabinoid receptors in the cells of many vital organs too.

So far, two general classes of receptors have been discovered, CB1 and CB2, although it’s highly suspected there are more types yet to be found. You can think of these receptors as the lock and cannabinoids as the keys to open and close these locks.

Cannabinoids can be produced within the body or be obtained in the diet and from CBD oil.

What Type Of Canine Ailments Can CBD Oil Be Used For? One answer to this question might be almost anything! A dog’s body seems to respond as well to CBD oil as a human body.

CBD oil, primarily if you use a full natural spectrum CBD oil, indirectly affects every body system by acting through the endocannabinoid system.

Furthermore, this is a very active area of research. New scientific papers are coming out to demonstrate the positive effects of CBD on the body with no side effects like you so often see with prescription drugs!

Having said the above, one canine ailment where there has been a particular focus on treating with CBD oil is inflammation.

So often, when a dog hits about seven years old or so, she will begin to slow down a bit due to pain from inflammation in the joints, particularly the hips.

According to many independent reports from thankful dog people, CBD oil works exceptionally well for this ailment.

Many dogs who can barely jump off the couch, or go for a nice walk, suddenly start jumping and running as spiritedly as puppies after taking CBD oil for just a few weeks.

The pain seems to go away, and the swelling and stiffness all but disappear. Of course, every dog is a little different in how they respond, but this seems to be the consensus.

Digestive disorders are another focus of using CBD oil for dogs. Many dogs that have trouble with food allergies, keeping food down, disruption in bowel movements or flatulence seem to respond well to small doses of CBD oil.

Depression and various forms of anxiety are also often treated with CBD oil.

CBD Oil For Seizures Or Cancer?

People have also been very successful in treating dog seizures with CBD oil. Finally, truly remarkable, what you could call miraculous, results have been obtained treating dogs diagnosed with cancer with CBD oil!

There are documented cases of dogs that were given only a few weeks to live, completely reverse their symptoms, and live a much longer time after being put on CBD oil.

How to Give CBD Oil to Your Dog 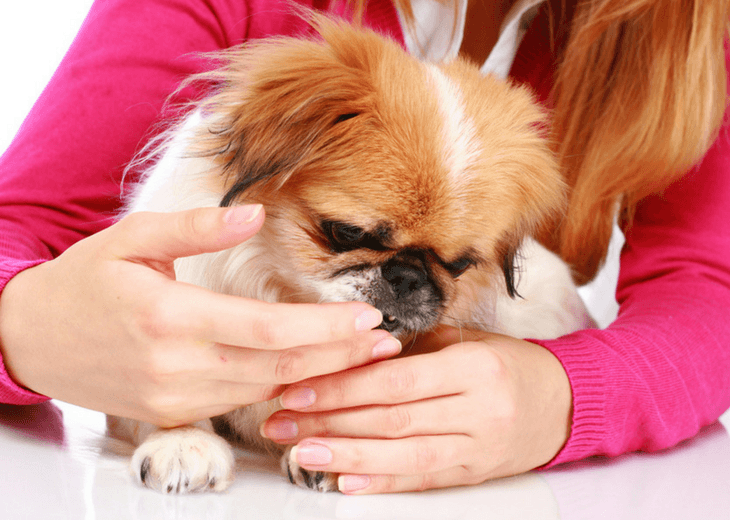 Dogs have sharp teeth, but if you can drop CBD oil under their tongue, you will get the best effect. This is because this will allow the cannabinoids and terpenes to be absorbed directly into your dog’s bloodstream very efficiently.

However, if you cannot train your dog to do this (or you’re scared of those sharp teeth), you can try dropping the oil onto your hand and have your dog lick it off (pictured above). This will get at least some of the oil absorbed into their bloodstream before it goes into their digestive system.

As a last resort, you can mix CBD oil with your dog’s food. If this is the case, you may need to use a bit more for a therapeutic effect. 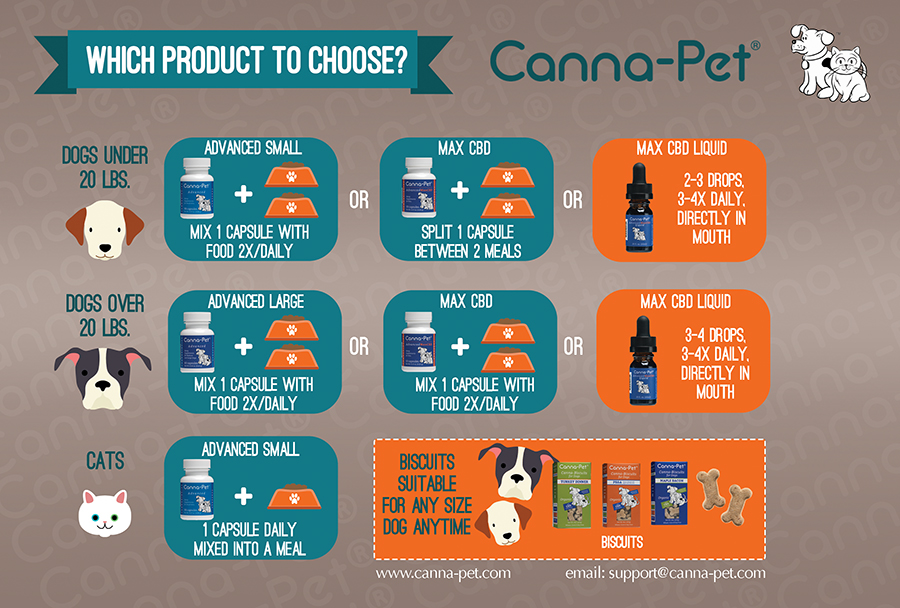 Full-spectrum all-natural CBD oil is a natural remedy that can be used to treat a variety of disorders in dogs and humans. If you want to try it on your dog, you should start with a small dosage, observe the results, and then increase the dosage as necessary.

Do you use CBD oil for dogs in your home? Let us know in the comments below!

Get Ready — For Any Dog Medical Emergency (Guide)