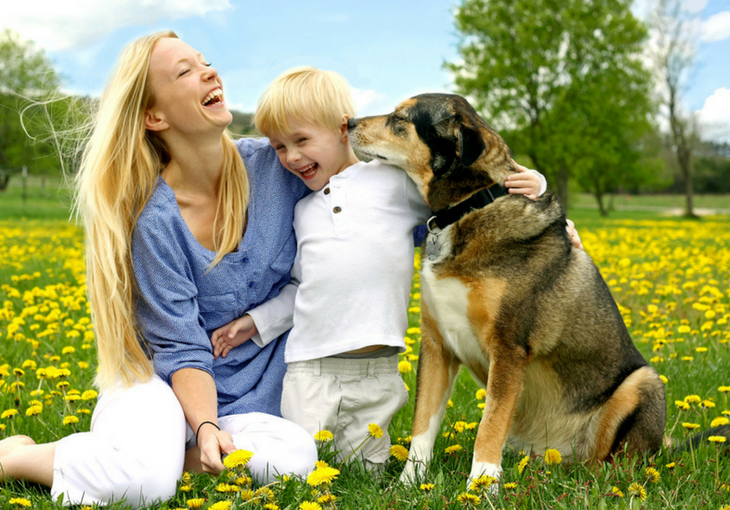 Dogs' extraordinary sense of smell and their unique ability to work cooperatively with researchers and doctors enable them to do what the most advanced modern medical technology cannot do. Sniff out ovarian cancer at the very earliest stages!

Ovarian cancer is a "silent killer" because it has no apparent symptoms, and it cannot be detected in systematic screenings until the cancer is quite advanced.

For these reasons, about eighty percent of women with ovarian cancer fail to get diagnosed until their cancer is in the advanced stages. Which is too late for successful treatment, and the death rate is very high. 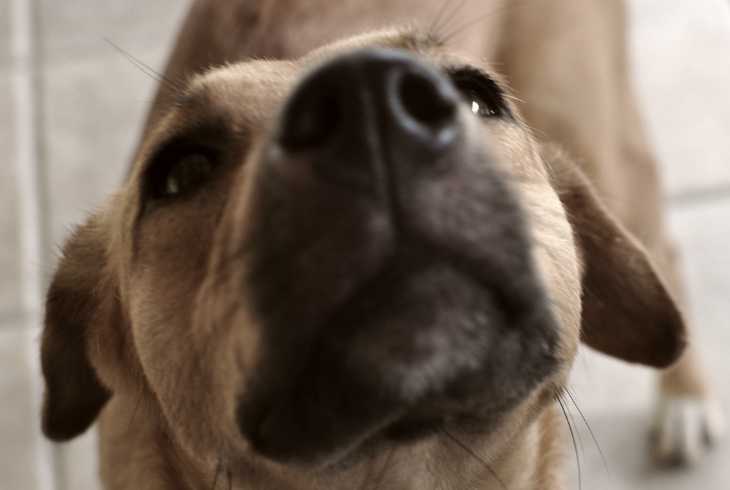 According to the American Society of Clinical Oncology (ASCO), more than 14,000 American women die from ovarian cancer each year because the disease goes uncaught too long. However, dogs and their superior noses may soon be changing these devastating statistics!

In rare cases, when doctors detect ovarian cancer in the early stage, the long-term survival rate of those who have it skyrockets to ninety percent. That means ninety out of one hundred women with ovarian cancer (if caught early) have the chance to be saved!

A long-term research study was started in 2013 at the University of Pennsylvania School of Veterinary Medicine to determine if they can train dogs to detect with accuracy when a woman has early-stage ovarian cancer.

One of the research project stars, a handsome German Shepherd named Tsunami, will be featured on a show called “Life at Vet U” airing on the cable station Animal Planet this Saturday at 10 p.m. (October 1, 2016). If you don't catch it on the first run, maybe you can catch it on a re-run.

Using a specially designed "scent wheel" with airtight ports containing different samples that can be opened and closed, dogs are training to recognize the difference between ovarian tissue that is cancerous versus non-cancerous.

Canines are also training to identify the same subtle differences in blood samples from women with and without ovarian cancer. They are trained to sit down with them to discover a sample with ovarian cancer and are rewarded accordingly.

Remarkably, there is a distinctive smell to cancer, not to humans but to dogs whose ability to smell is at least one thousand times better than ours, no exaggeration!

In fact, dogs have the amazing ability to smell a substance that is only one part in one trillion!

Cancer cells have a different metabolism than normal cells, and therefore, put off byproducts that are different and smell different to a dog. The dogs in this study work an eight-hour shift and each sniff training session lasts about ten to fifteen minutes.

What is astonishing is the dogs have advanced to a ninety percent accuracy rating on blood plasma samples!

They can tell if a woman has ovarian cancer just by sniffing her blood serum!

The good news, too, is that the researchers have recently received more funding for this fantastic life-saving project. 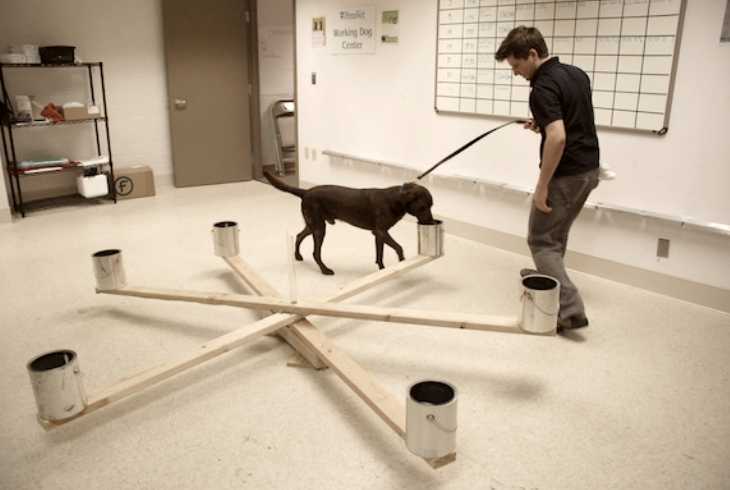 Canine in training for sniffing out cancer [Source]

While we call these cancer sniffing dogs "work dogs," to them, it’s a fun activity.

By instincts, a dog loves to hunt, and this is a hunting game to them, just as if you were hiding different toys or treats around. It's also a dog's instinct to work cooperatively within a pack and please the pack leader.

The humans they work with become part of their pack, and they bond very closely with them, tag wags, treats, pets, and all!

Dogs are also being trained to detect extremely faint volatile compounds in men’s urine with early-stage prostate cancer that is very hard to detect otherwise.

The large scale prostate cancer study’s impressive results were first reported at a meeting of the 2014 American Urological Association and have stirred great interest in using dogs to detect cancer in early stages.

Related read: Everything About The Amazing German Shepherd

For five months, two German Shepherds who had previously been trained to detect bombs and explosives, one named Liu and the other Zoe, were trained to sniff urine samples and distinguish the difference between samples from men with prostate cancer and those without this cancer.

When they discovered a sample from a man with prostate cancer, they were trained to sit down in front of the sample and were rewarded with a positive clicking noise followed by a treat if they were correct. Amazingly, after their training, the two dogs were 98.6 percent accurate on average with the 902 samples in the study. Moreover, one dog was 100 percent accurate!

Dogs Sniff Out Other Cancers

Sniffer dogs have successfully identified other forms of early cancer when modern medical techniques either missed them or very likely would have if the patients had been tested.

At Pennsylvania State University, there is a bio-engineer named Brent Crave﻿n who is taking MRI's of a cadaver dog's nose (yes, science is sometimes a bit gruesome) with the goal of creating an artificial nose that works as well as a canine nose.

However, those of us who share our lives with a beloved canine know all too well there will never be a machine that can match the superior olfactory abilities of a curious dog who has the stubborn determination to ferret out a strange smell, especially in a loved one!

One of the most heart-warming stories of cancer sniffing dogs involves Dr. Claire Guest, an animal psychologist (yes, this is a real field!), and her beautiful golden Labrador named Daisy.

However, that particular day, she stayed in the car with Dr. Guest and insisted on repeatedly pressing against her chest in one specific spot with her nose and paws.

Daisy was trying to communicate something vital to her beloved human. After a few days, Dr. Guest decided to have her doctor look, and they discovered a very tiny and very deep malignant tumor in one of her breasts in the exact spot Daisy had indicated.

It was not even close to being big enough to feel through self-examination, and most mammography would have missed such a tiny tumor. Bottom line, Dr. Guest's loyal Labrador detected this cancer so early she very likely saved her life!

And, Dr. Guest's story gets even better! In honor of Daisy, Dr. Guest started a non-profit organization called Medical Detection Dogs. This is a special place where dogs are training to detect various forms of cancer in both urine and blood samples sent there from all over the world!

This is yet another way our amazing dogs protect us with their superior canine abilities!