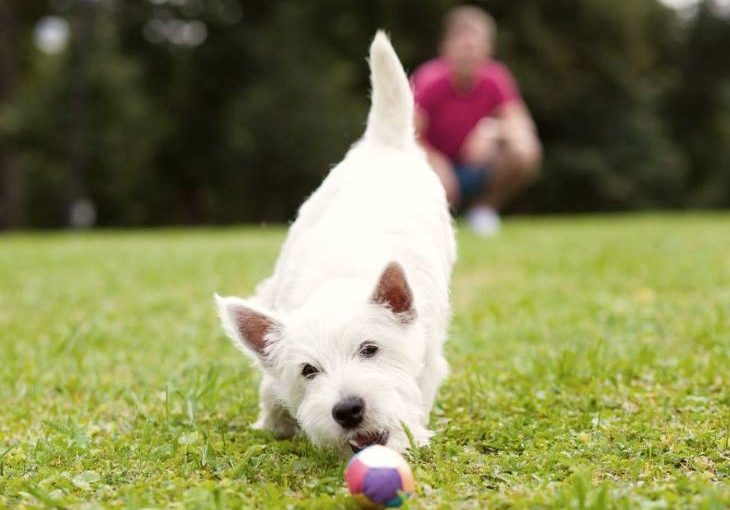 How to Teach Your Puppy to Play Fetch

Fetch is a classic game for dogs of all shapes and sizes, but somehow, it never gets old. Not only is this activity thrilling for an active pup, but it’s a great way for them to get essential exercise. So, here are some tips on how to teach your puppy to play fetch.

You can’t play fetch without a toy. So, choose something that your puppy is interested in to ensure that they’ll want to chase it. For most dogs, this object is a ball, but every pup is unique. Whether it’s a tennis ball or a plush squeaky toy is up to you. It just needs to be something that your dog has already fallen in love with. 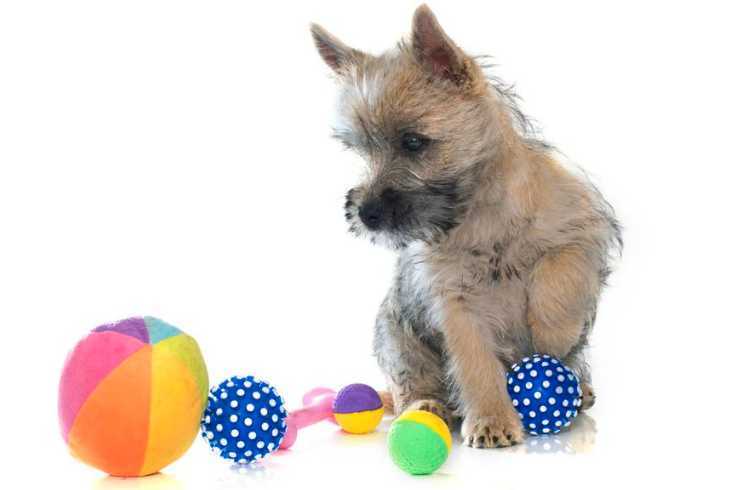 However, if your puppy hasn’t found a desirable toy yet, then you should provide them with a variety of toys from ropes to balls to stuffed animals. This can help your dog decide which toy is their favorite. If your puppy is uninterested in a toy, they’ll have no motivation to fetch it.

It’s also important to have treats on hand. This is true for most situations with a new dog. That way, you can reward them as soon as they behave correctly. These should be small treats that are low in calories so your dog doesn’t gain too much weight during training.

How to Teach Your Puppy to Play Fetch: Step-by-Step

Many puppies will know how to play fetch through instinct. After all, some breeds were bred specifically to hunt and retrieve prey. Yet, some puppies need an extra push when it comes to this repetitive game. 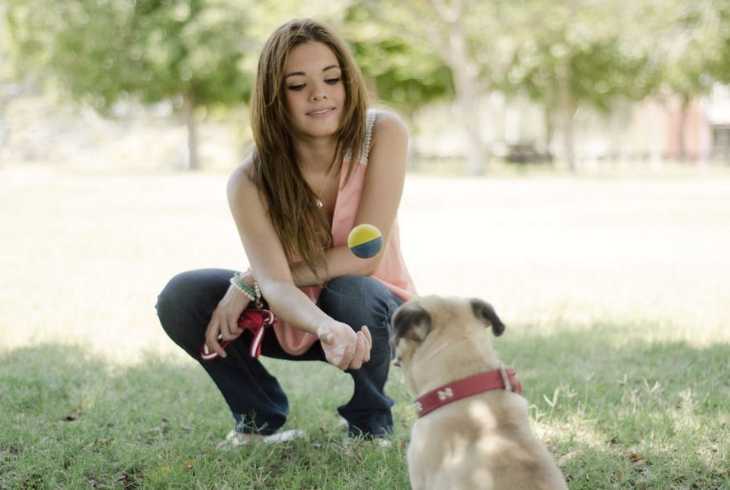 If you’re using a new toy, you’ll need to get your puppy used to it first. Start by setting the toy near you, and then reward your dog when they come near it. Continue this until your dog becomes ecstatic over their new toy. Most dogs will get excited without any extra motivation though, which means they’re ready to move on to the next step.

To get your dog extra excited about playing fetch, try moving the toy around after the first introductions. That way your dog will learn to chase and “hunt” the toy, making them understand the basics of fetch. If you have an anxious dog, it might take longer for them to catch on. So, make sure you continue to praise them every time they come near the toy.

Keep repeating these introductory steps until your puppy sees the toy as a “reward.” The more excited they are about the toy, the more they’ll want to fetch it. If your puppy shows no interest in the toy, then you might want to revisit the toy you selected. Set a variety of toys in front of them so they can choose the right one on their own terms. 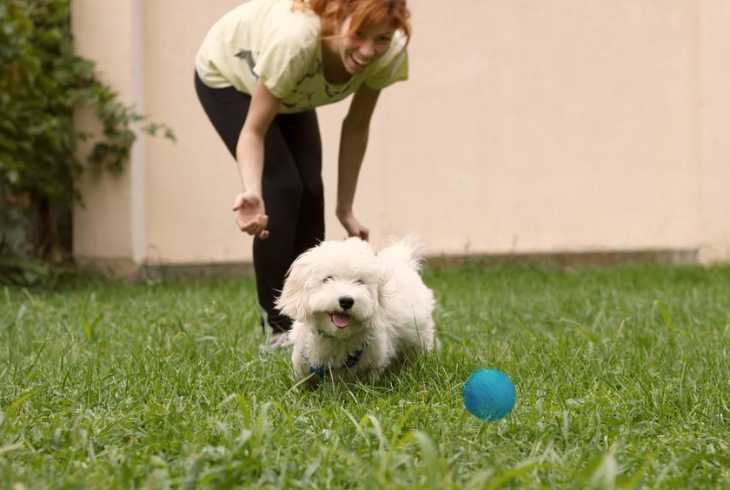 Next, take it up a notch by encouraging your dog to chase the toy. Start off with smaller distances and work your way up. If your dog doesn’t understand what to do, then you might need to hype the toy up even more. You can try waving it around for a game of tug-of-war first. Then, reward your pup when they bite onto it. From there, you should be able to start throwing it.

Start your fetch session inside your home. That way, there shouldn’t be any major distractions for your pup along the way. If they successfully run to grab the toy after you throw it, make sure you praise them. This will help teach them that grabbing their toy is a fun and rewarding experience. 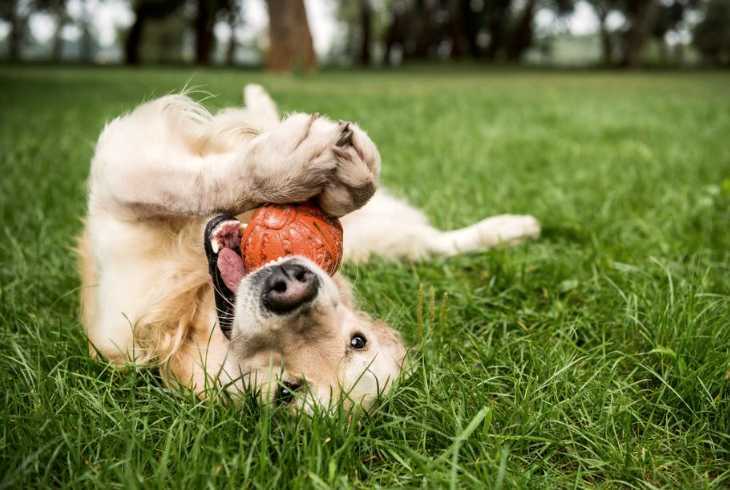 Retrieving is often the trickiest part of fetch for both puppies and adult dogs. Some dogs would rather stand their ground than give up the toy they just found. A good place to start is in a small, narrow space, such as a hallway. This will ensure that your dog doesn’t have enough space to wander off with the toy. They’ll have to walk past you at some point, so reward them when they return to you.

Use a consistent command to encourage your dog to come to you. This can be as simple as the word, “come.” Make sure you always say it in a loud, but still friendly voice in order to get your dog’s attention. Some dog parents have found it beneficial to use a hand gesture along with the command. As long as the gesture you use is consistent, this can be a great tool to help your puppy understand. If they come back on command, reward them right away.

If your dog refuses to bring the toy back, you might need to distract them with a second toy. They’re more likely to come toward you if you have something they want. So, use the toy to lure them back while saying the command. When they come back to you, reward them.

For some dogs, giving the ball back to you is no easy task. Oftentimes, dogs will think you taking the toy is like a game of tug-of-war, which will only cause them to pull back. Some dogs might simply run off with the toy in a game of “keep away.”

This is when you should teach your dog a command, such as “drop it.” If your dog refuses to let go of the ball, use this command. If they don’t listen, then grab the toy while it’s still in their mouth and repeat the command. Don’t pull back, just hold the toy. Keep telling them to “drop it” until they finally let go. Then, reward them.

If your dog tries to run away with the toy instead of drop it, then this step will likely take the longest. Some dogs are stubborn and won’t give up their precious toy without a fight. So, luring them back with a new toy might be the best way to get the toy back. You need to remember to be patient and consistent throughout the entire process though. Keep repeating the “drop it” command until they finally listen.

Once you have successfully made it through all four steps, your dog should be able to enjoy fetch. For many dogs, it’s their favorite game while others aren’t quite as interested. Pay attention to your dog’s body language to decide if they’re in the mood to play fetch or not.

What if Your Dog Has No Interest in Fetch?

Fetch is a great form of exercise and mental stimulation for dogs, so that’s why most dog parents are so determined to teach it to their dogs.  Yet, some dogs might not be motivated to play fetch no matter how hard you try. Dogs that suffer from dog anxiety or timid dogs  are often less likely to enjoy this outgoing game. 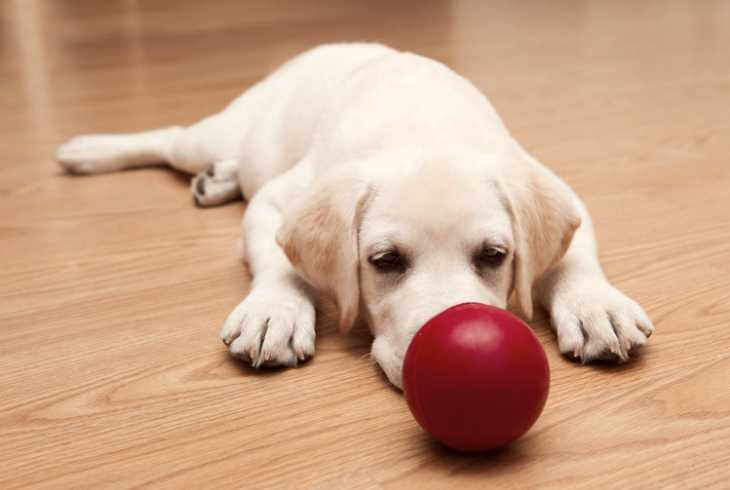 You can still get your dog to exercise without playing fetch. What’s important is that they get plenty of playtime with you, regardless of the toy they use. The best way to help your dog be active is to find the toy they like most. So, choose a variety of four or five toys and take them in an enclosed area with your dog.

The goal is to get your dog excited with at least one of these toys. Start playing with the toys one at a time. Act really excited when you play with your dog to help them associate these toys with something fun. If your dog shows interest in one of the toys, take off running with it.

Ideally, your dog should chase you in an attempt to get the toy back. This will give them exercise just like playing fetch would. Plus, it will help you meet your exercise goals for the day too.

When your dog gets really excited playing with that one toy, you can take off and play with another toy instead. Odds are, they’ll chase after you in an attempt to get the new toy too. Keep repeating these actions until you feel your dog has gotten plenty of playtime.

Doing this a couple times a week is a great way to keep your pup in shape. Just remember to always act as excited as possible when playing. If your dog has a different way that they prefer to play though, that’s great too as long as they’re running around.

For some dog parents, learning how to teach your puppy to play fetch might be a breeze. But all puppies learn things at different paces. So, take your time and don’t stress if your puppy needs a bit more time. The best way to teach this skill is to keep training sessions short so your pup doesn’t lose interest.

To better help your puppy learn, make sure that your commands are loud and clear. Adding gestures to your commands can help your dog understand you as well. With plenty of consistency and patience, your dog will be the star of playing fetch in no time. The more skills you teach your puppy, the more behaved they will likely be.

4 Easy Hacks to Protect Your Furniture From a Teething Puppy

Train Your Dog from Home During COVID-19

How to Socialize Your Socially Awkward Pup

How to Train Your Puppy to Use a Potty Bell