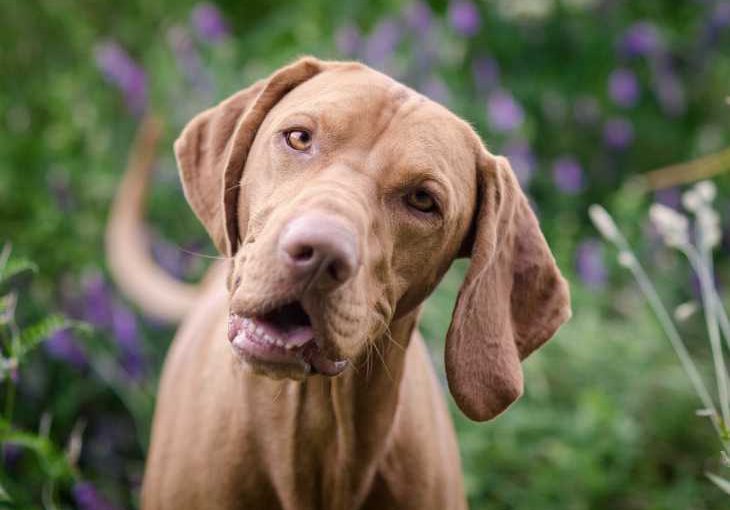 5 Tips to Easily Understand What Your Dog is Saying

As pet owners and dog lovers, we communicate with our canine companions all the time.  But have you ever noticed how one-sided much of that communication tends to be? We chat to our dogs about our day, our feelings, our plans for the weekend, and tell them what good dogs they are. But have you ever taken the time to understand what your dog is saying to you?

Of course, dogs don't speak the same language as humans. The perfect sounding-board, dogs just remain silent, taking in everything we say. But as it turns out, our dogs are constantly communicating with us, we just tend not to take any notice of what our dogs are trying to say. How frustrating this must be for them, especially since we are the ones who dictate much of what happens in our dogs' lives. 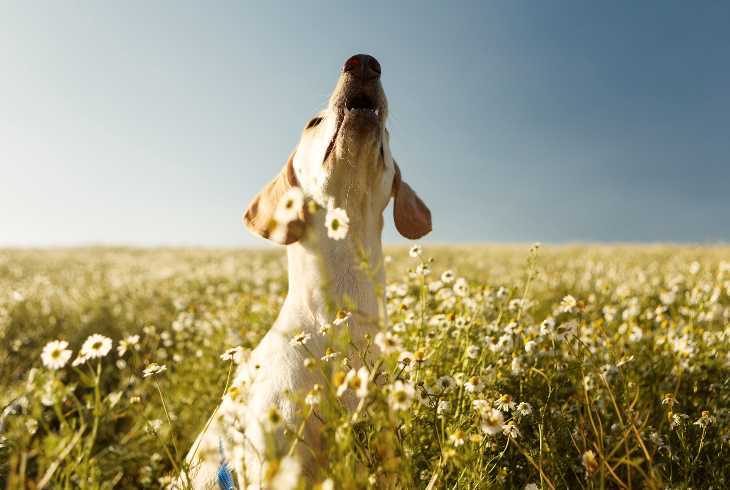 Stanley Coren PhD., DSc, FRSC, in his feature article What Are Dogs Trying to Say When They Bark? explains that dog barks are a universal sound code made up of three elements: pitch, duration, and frequency or repetition.

When it comes to your dogs pitch, the lower the pitch, the graver the meaning. Low growls and deep barks are much more likely to be aggressive or threatening than a high-pitched sound, such as a fearful whimper. This comes from a recognized natural tendency for lower pitched noises to come from bigger animals. Dogs naturally understand that if they lower their voice they will appear larger and more threatening than if they use a high-pitched sound.

Duration of the Bark

When it comes to duration, the article goes on to explain that the more prolonged the sound, the more intention is put behind it. For example, a dog letting out a prolonged low growl is stating that they stand by their conviction to defend whatever it is they're defending. A sound made only briefly tends to suggest an element of fear or indecision and is not usually taken so seriously.

Frequency and repetition are used to show levels of excitement and urgency. A bark repeated continuously denotes a much greater sense of urgency than one or two barks, which indicates little more than a passing interest and is likely to be ignored. 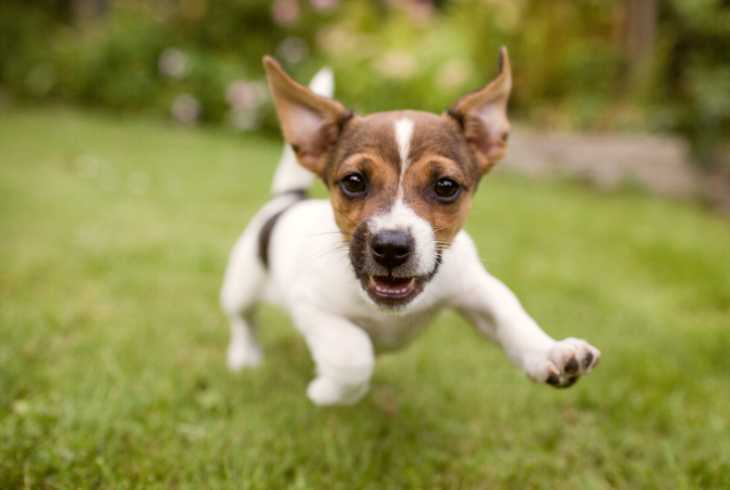 Just as we use our body language to send messages to other people – whether we're doing it consciously or not – dogs also use their bodies to communicate their thoughts and feelings to us humans and other animals.

In particular, dogs use their tails, ears, paws, legs, and their faces in combination to make it very clear how they're feeling at that moment. We'll talk more about understanding dog facial expressions in the next section, but for now, let's answer the question, what does your dog's body language mean?

When a dog is feeling relaxed, their body will also show clear signs of being at ease. Whether standing, sitting, or lying down, a relaxed dogs body will be soft and without tension.  Their mouth will either be softly closed or slightly open in a relaxed pant.

When a dog is feeling playful they will usually bend their front legs and raise their back-end high in the sky, almost as if their entire bodies are pointed downwards. Moreover, the tail will be held high, and will probably be wagging. When the tail wagging extends further down the body and your dog starts wagging their hips, you know they are thoroughly enjoying their play session.

When a dog is feeling assertive or dominant, their body language will be similar to when they’re feeling playful, except their legs will be stiff, bringing them to their full standing height. Ears will be stiff and forward, and while the tail will be up, it won't be wagging.

When a dog is showing assertive body language, but then they bow their legs and bend their ears back, you will know that their assertiveness has given way to aggression. At this point, it's a good idea to step in to defuse the situation.

A dog feeling anxious or scared will make themselves look as little as possible, by hunching down close to the ground, bending their ears back or laying them flat, and tucking their tail between their legs.

A submissive dog will expose their most vulnerable body parts, typically by laying on their back and displaying their belly. A dog in this position could be feeling submissive and fearful, such as if being approached by a dominant dog, or it could be letting their humans know that they’re feeling loving and trusting.

Look for other signs of your dog's body language, such as the position of their tail, to distinguish between the two. If the tail is tucked under, you know your dog is feeling scared and submissive. If the tail is wagging and the face is relaxed, your dog is not scared but it's just feeling loving and kind of goofy. 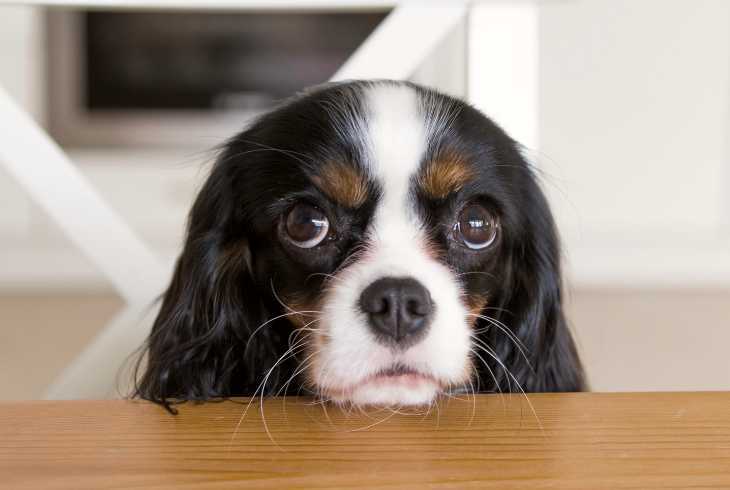 As humans, we use facial expressions to add another layer of meaning to our verbal conversations. Yet, even though our dogs have roughly the same combination of facial features as our own, most people would immediately assume that dogs are not capable of communicating using facial expressions.

Once you come to understand the way dogs use their eyes, noses, ears, mouths, and facial muscles to display their thoughts, feelings, and emotions, you'll be surprised at the range of different messages your dog can send with nothing but their faces alone.

For example, simply by looking at your dog's eyes you can tell if they’re feeling friendly and confident (showing soft, rounded eyes), aggressive and dominant (with hardened or narrowed eyes and an intense stare), or worried and protective (with classic "white eye", where the whites of the eyes are showing).

Your dog communicates with you through their behaviors. While not every behavior is one that we as humans appreciate, everything your dog does is sending a very clear message.

It's All About the Reward

First, understand that your dog is constantly seeking rewards for everything they do. This is not unlike typical human behavior, where we reward ourselves with little pleasures, like a cup of coffee or a trip to the movies, for getting through some of life's less pleasurable activities.

The problem lies, however, in what your dog considers to be a reward. There are two basic rewards in the eyes of a dog: attention and food. As humans, we already know that food is an excellent way of rewarding adults, but it's the attention part that has us on a different wavelength to our dogs.

However, dogs don't divide human attention up into good and bad, or positive and negative. To your dog, any attention you give them is positive.

So when they do something you don't like and you shout at them for it, you're inadvertently rewarding your dog by paying them lots of attention. Anyway, loud human voices sound like barking to your dog, which equates to excitement and fun.

What Does this Mean for Your Dog?

This means that every time you've scolded your dog for doing something you don't want them to do, like chewing your shoes or barking at the neighbor's cat, you've been rewarding your dog with all this extra attention and exciting loud noises. Your dog will then replicate that same behavior to try to get that same reward again.

Instead of shouting or explaining negative behaviors to your dog, reprimand them in a way that means something to your pup– by taking your attention away.

Your dog will probably panic at being ignored and may ramp up their negative behavior by barking or jumping up at you. Ignore all of this too. Only give your dog some attention again when they're doing something positive, like acting calm or lying down quietly. 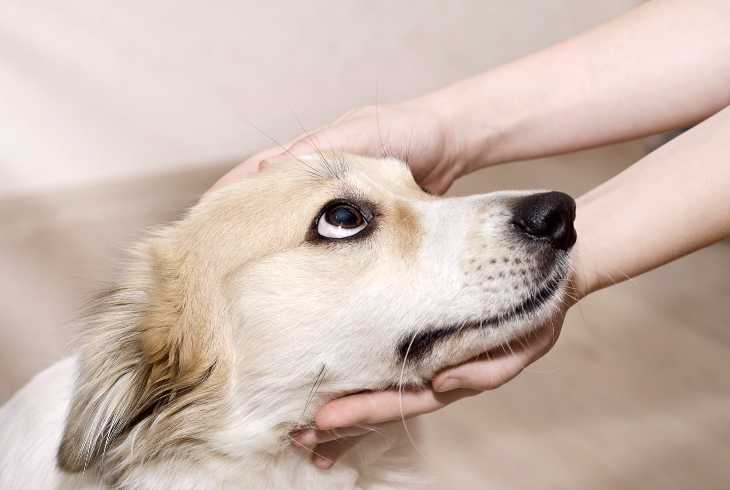 Dogs experience a wide variety of feelings and emotions, very similar to those experienced by humans. To truly understand a dog's feelings, we need first to recognize the important role that a human plays in a dog's life.

No matter how much you love your dog, they are just one element of your already full and sometimes complicated life. You balance your love for and commitment to your dog alongside those towards your partner, children, extended family, friends, work, hobbies, and all your other interests and commitments.

For your dog, however, you are their entire world. Everything else they do, like playing with toys or amusing themselves with the reticulation system – is all just busy work until they get what they want, which is time spent with you.

With this in mind, it becomes easier to understand some of the messages your dog is trying to send you. When your dog pushes their nose into your hand or firmly against your arm, gives you long and prolonged looks, or gives you "that look", the message that they're trying to send is simple: I love you.

When you show physical affection towards your dog by cuddling, patting, or scratching, your dog takes this to mean that they've been accepted into your pack. As pack animals, dogs continuously want reassurance that their place within your pack is secure.

So when your dog asks for that belly rub or head scratch, not only are they asking for the lovely feel-good sensation that comes from your physical interaction with them, on a deeper level they’re also asking for some reassurance that they are still a valuable member of your pack.

As you learn to understand the five easy ways that dogs communicate with humans, you will come to realize that your dog has plenty to say – and that they've been trying to tell you this for a very long time. Now it's time for us to give up the idea of one-way communication with our dogs and start paying attention to the messages they've been sending us all along.